Indra(इन्द्र) is the leader of the Devas or gods and the lord of Svargaloka/heaven in the Hindu religion. He is the god of rain and thunderstorms. He wields a lightning thunderbolt known as vajra and rides on a white elephant known as Airavata. Indra is one of the chief deities and is the twin brother of Agni, said to be born of Dyaus Pitar (Father Heaven) and Prithvi Mata (Mother Earth). He is also mentioned as an Aditya, son of Aditi. His home is situated on Mount Meru in the heaven. 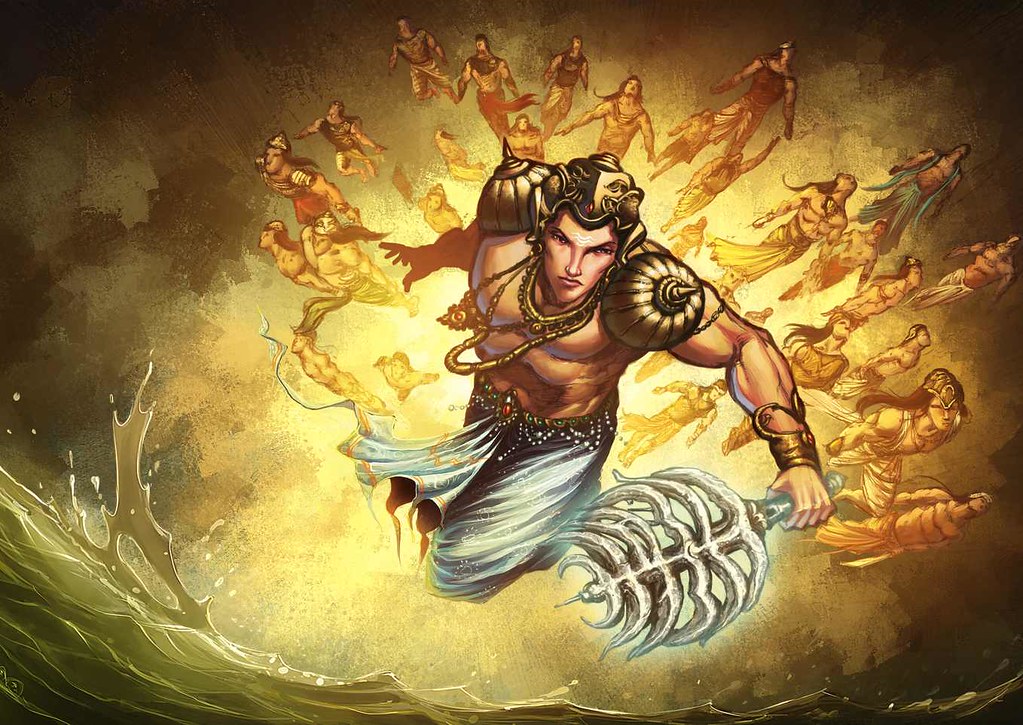 Shri Indra was the favourite national god of the Vedic Indians, with about 250 hymns dedicated to him in the Rigveda, more than those devoted to any other god and almost one fourth of the total number of hymns of the Rigveda. Shri Indra is the god of thunder, being similar in many ways to the Teutonic Tho. 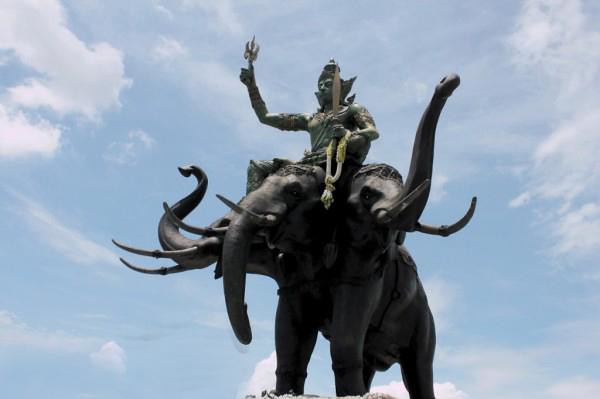 Indra is the most important deity worshiped by the Rigvedic tribes and is the son of Dyaus and the goddess Savasi. He is celebrated as a demiurge who pushes up the sky, releases Ushas (dawn) from the Vala cave, and slays Vṛtra; both latter actions are central to the Soma sacrifice. He is associated with Vajrapani – the Chief Dharmapala or Defender and Protector of the Buddha, Dharma and Sangha who embodies the power of the Five Dhyani Buddhas. On the other hand, he also commits many kinds of mischief (kilbiṣa) for which he is sometimes punished. In the Puranas, Indra is bestowed with a heroic and almost brash and amorous character at times, even as his reputation and role diminished in later Hinduism with the rise of the Trimurti.

In the Hindu creation myth Indra was born (along with his brother Agni) from the mouth of the primordial god or giant Purusha whose various other body parts gave birth to the other members of the Hindu pantheon. These new gods then brought order to the cosmos and Indra, seated on his throne within the storm clouds of the svarga or third heaven is ruler of the clouds and skies alongside his wife Indrāni. In Indian mythology the clouds are equated with divine cattle and the sound of thunder during storms is Indra fighting with the demons who are forever trying to steal these celestial cows. In addition, the rain is equated with Indra milking his divine herd and the god is seen as a protector of earthly cattle belonging to his worshippers. Indra encompasses and controls the universe, balancing the earth in the palm of his hand and manipulating it according to his whim. He also created the rivers and streams by shaping the mountains and valleys with his sacred axe.

Indra has a favourite companion, his pet ape Vrishakapi, but his fondness for the creature did once incur the jealous wrath of Indrāni who then displayed amorous intentions towards Vrishakapi which were reciprocated and when the couple were discovered by Indra, the angry god drove the animal away. However, the tables were turned when, later, Indra himself was discovered in the arms of Vrishakapi’s wife by his once faithful pet. Thus being equal in their unfaithfulness the pair’s great friendship was restored. 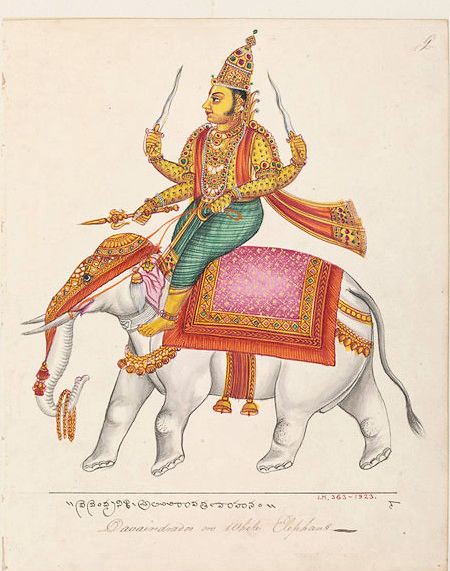 Indra, the god of storms, riding on Airavat

Indra, the god of storms and guardian of the east, riding on his white elephant Airavata. He is yellow-skinned and four-armed. He holds two swords with wavy blades. His upper body is covered with eyes, jewellery and a red scarf. The loin-cloth is green. The elephant is richly caparisoned, and carries a noose in its trunk.